a few contributions, mosty For the art and style Paris-based CRASH magazine, distributed internationally and for digital magazines

For the Japanese international online magazine, I covered the spring summer 2020 collection of Mame Kurogouchi that kicked off the international fashion event :   the review of the collection that took place on Monday September 23rd at 6:00PM at Faculté de Pharmacie de Paris, 4, avenue de l’observatoire 75006 Paris.

For this issue, I wrote an article on the brand new Victor & Rolf and Zalando collaboration for a limited recycled collection based on Zalando stock.

For this issue,  I wrote an article on the Dior exhibition taking place in the Musée des Arts Décoratifs in Paris.

Available here online for you : TheDreamCatcher-EN

For this  issue,  I wrote an article on the ateliers of Carpenters Workshop Gallery

Available here online as well for you:  Carpenters workshop gallery_EN 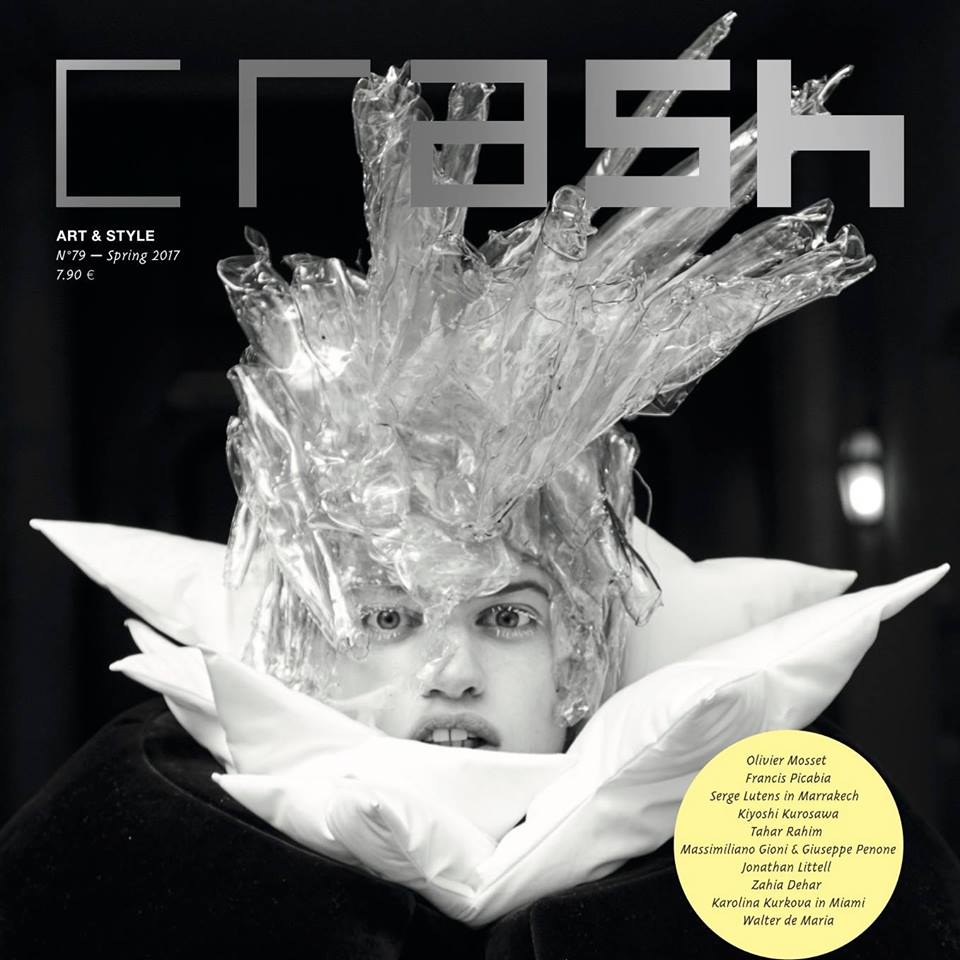 From February 7 to 9, fashion professionals will meet to conceive and create their collections at the Première Vision Paris Spring Summer 2018 edition, at Paris Villepinte. In addition to the six major industries supplying materials and services to the global fashion industry, including  yarns, fabrics, leather, designs, accessories, and manufacturing, the event  will also greet Maison d’Exceptions,  a highly creativity experimental zone for high end fashion and luxury fashion houses.

I am thrilled to have interviewed four teams of ateliers with rare know-how, possessing exceptional techniques that will exhibit at the can’t miss event for high end fashion.

The “exclusive interviews” can be read below: 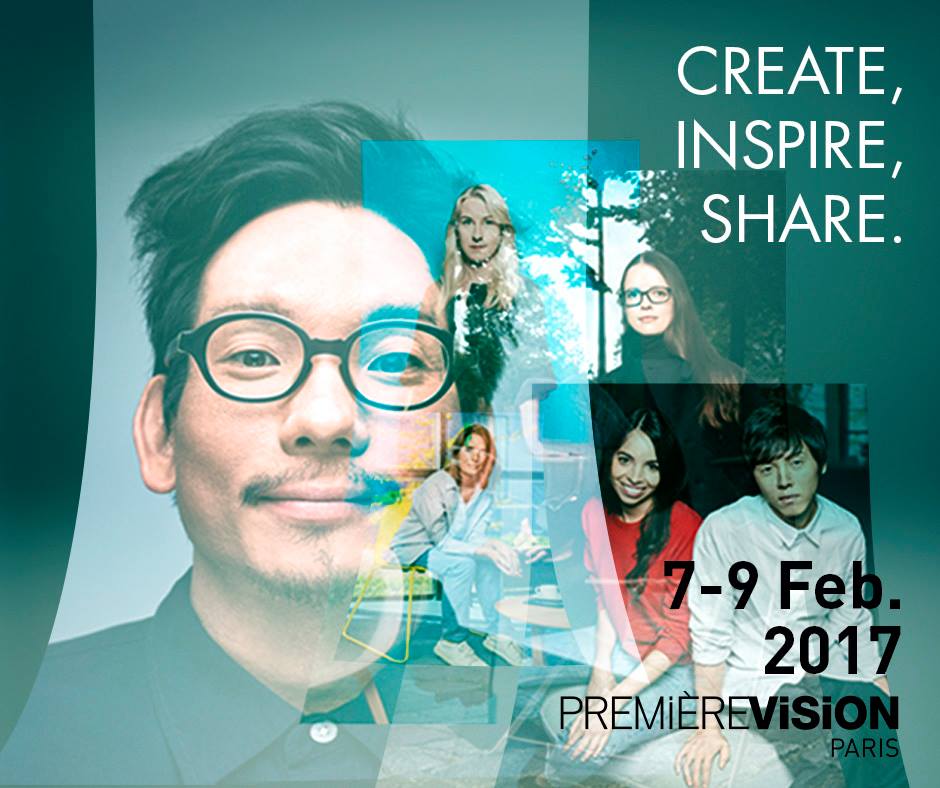 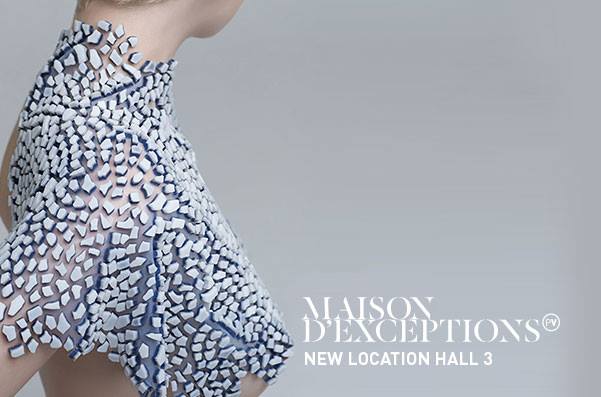 “An exclusive interview with Mariane Léger, the founder of Yumé Péma, a sensory designer and an artistic artisan”

An exclusive interview with Andriana Landegent, co-founder of Seven Senses

An exclusive interview with Sanchita Ajjampur, founder of Bee Luxe.

An exclusive interview with Jean Boutteaud, President of the cooperative of Orylag breeders.

I wrote an article on the Paris of Talents 2016 exhibition focusing of the emerging creative scene of designers and artisans.

For this  issue,  I wrote a report on the Copenhagen Fashion Summit 2016 edition.

“NOW IS THE TIME FOR INNOVATION ON A MASSIVE SCALE IN ORDER TO MAKE SUSTAINABILITY THE NEW STANDARD ACROSS THE ENTIRE FASHION INDUSTRY. THAT IS THE MESSAGE COMMUNICATED BY INDUSTRY PROFESSIONALS DURING THE FOURTH EDITION OF THE COPENHAGEN FASHION SUMMIT. SO WHEN WILL WE WAKE UP AND TRANSFORM THE

WORLD’S SECOND DIRTIEST INDUSTRY INTO A SYSTEM THAT ALL OF ITS SUBCONTRACTORS, AND ABOVE ALL OUR PLANET, CAN SUSTAIN?”

“The Summit”,  by Stéphanie Bui, for Crash 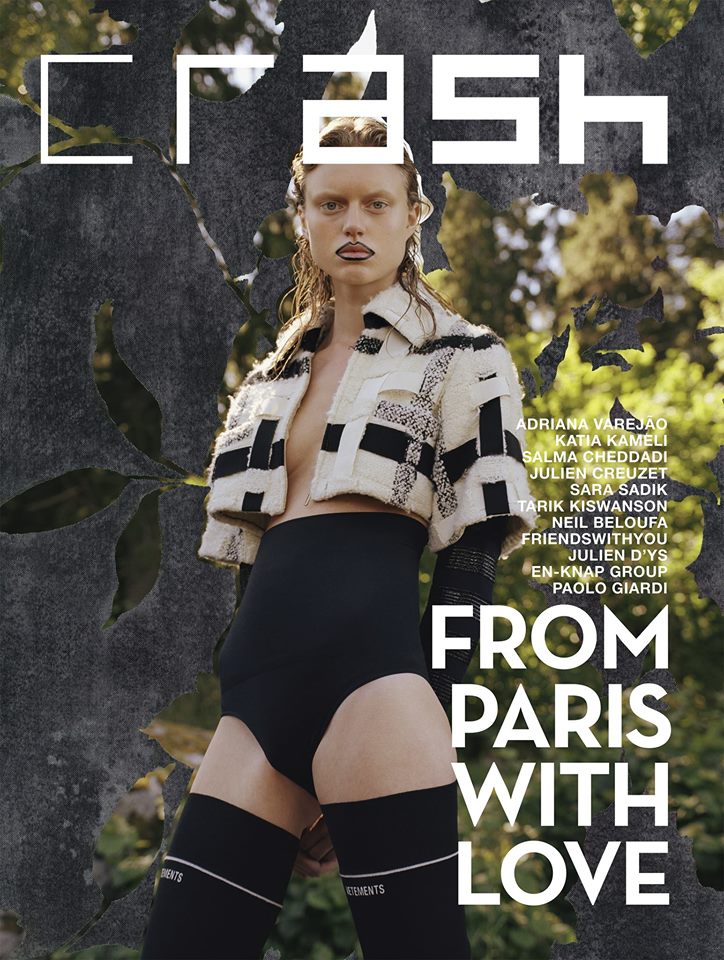 For this  issue,  I wrote an article on Manufatura, the exhibtion at Carpenters Workshop Gallery in Paris.  Meeting with great design Fernando Campana was great! 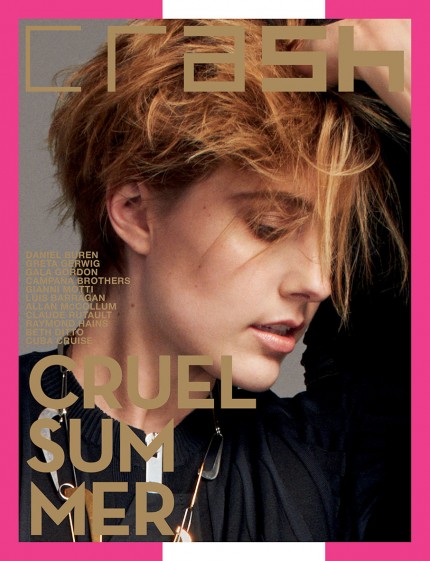 For this special ART issue,  I interviewed great artist Christian Boltanski invited to exhibit for the 20th anniversary of the gallery Marian Goodman.

For this issue, I got interested in training issues within the leather industry of luxury and particularly focused on an intiative enhanced by Repetto with Hermès, J.M.Weston and CDW. I interviewed Tiffany&Co Vice President Jon King while he was in Paris inaugurating the Parisian flagship of the legendary brand. I interviewed reknowned business woman Ingie Chalhoub who lauches her own fashion brand with her showroom studio in Paris.

On the cover : the actress Aymeline Valade

For this issue, I headed to the Copenhagen Fashion Summit, one of the not-to-be-missed events dedicated to fashion and sustainability.

For you, Report on the Copenhagen Fashion Summit for Crash magazine

On the cover : the actress Rebecca Hall

For this issue dedicated to UTOPIA, I interviewed INGRID BROCHART, the founder of the mobile museum, the MuMo.

For the annual art issue, I share with you this one interview I was lucky to do with one great designer : MARIA PERGAY

On the cover : the actress Chloé Moretz

Available online : the meeting with French sociologist and philosopher GILLES LIPOVETSKY on his latest book on  “artist capitalism”.

meeting with the author and Frank Perrin, creative director and artist. 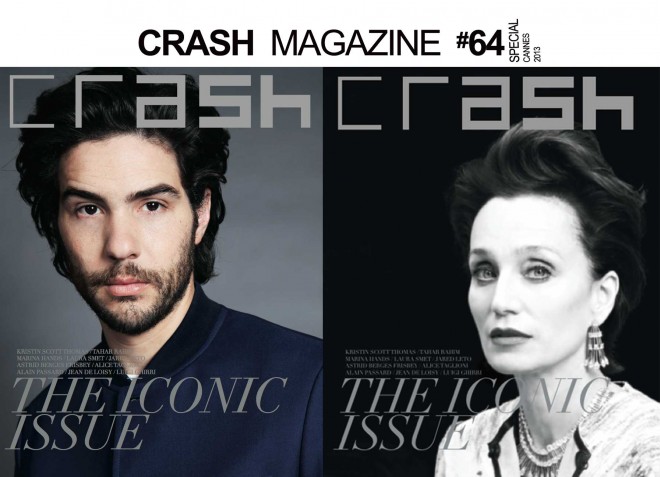 The cover was shot at the Musée d’Orsay Paris.

Fashion/Art news as well as articles on Crash’s selection of 20 pieces exhibited at the Biennale des Antiquaires in September.

On the cover : Jessica Chastain

On the cover : Emmanuelle Béart

The Daily Couture will be featured in a French TV program on May 18th, 2012, in the TV program Passage au Vert on Ushuaia TV.

One of the workshops we are partnering with for the conception of Our Paris Haute Couture Tours will be featured.

To know more about Crash magazine

“The Studio”, “The Factory”and “The Poetry” (haute recup’ on h by Hermès)

Round Table : « Emerging Brands of luxury: what are the solutions to make them lifelong brands ? »

The Daily Couture is the media partner of the event.

On December 1st 2011, in Paris, a round table organized by Club ESSEC Luxe and entitled : « Emerging Brands of luxury: what are the solutions to make them lifelong brands ? » will take place in the one the greatest business schools of Paris, the city where some of the world’s most desirable luxury brands were born. Several experts will discuss the question, and The Daily Couture will be the media partner of the event. Besides December 1st, let’s meet later on The Daily Couture. We will share the issues raised by the speakers and their points of view with you.

• Meanwhile, you can read more on the speakers, theme and inscriptions, here (written in French) —Stéphanie Bui. stephanie@thedailycouture.com

To register, here is the round table Club Essec Luxe event reply for.

Going back to The Daily Couture blog Homepage

For any information request about our bespoke private Haute Couture workshops tours in Paris, organized on request only, please send your message mentioning your expectations, your expected reservation dates and number of participants here: info@thedailycouture.com   Thank you!   Testimonials / Private clients & schools Leave us your message  !   What’s on your mind  … END_OF_DOCUMENT_TOKEN_TO_BE_REPLACED

The Possibility of a renewed (fashion) world 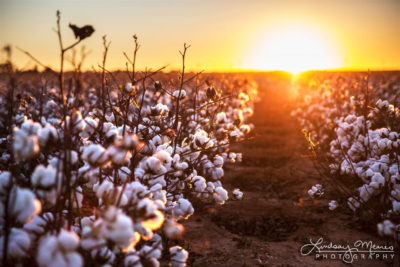 The quest for meaning is becoming a guiding principle that can give fashion a renewed momentum for a more humane creative process. Whether we prefer the term spirituality or purpose – literally proclaimed as a source of inspiration by the artistic directors of major fashion houses -, or ethic – claimed by many fashion designers … END_OF_DOCUMENT_TOKEN_TO_BE_REPLACED

Our immersive tours are designed to raise awareness about this ecosystem in the midst of a revival today. For any information request, we can be reached here: info@thedailycouture.com. Our customized “Couture Experiences” are only designed and organized on demand.   Here, some of our private clients’ experience with us can be read: http://thedailycouture.com/en/they-trust-us/ What about enjoying a … END_OF_DOCUMENT_TOKEN_TO_BE_REPLACED

thedailycouture.com was created in 2011 by Stéphanie Bui, independent journalist covering the fashion and culture sectors. For about ten years, she contributed to Crash magazine. She interviewed with personalities from these sectors such as Pascale Mussard, Christian Boltanski, Maria Pergay, the Campana brothers or Mireille Darc. Since 2004, she has been interested in sustainability issues … END_OF_DOCUMENT_TOKEN_TO_BE_REPLACED